Concept before colour: How to make your website stand out from the crowd 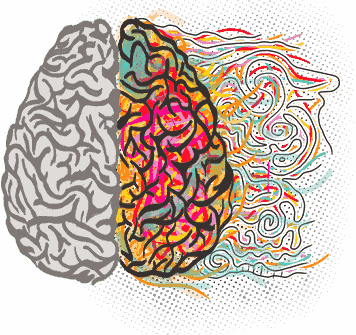 The web is awash with beautiful, often free website templates. This might sound great but the reality of cheap commoditised web design is that it becomes difficult to stand out. Pretty graphics and colours are no longer enough. Everything looks the same.

How can a website stand out when everything looks so similar? One way is to utilise a concept.

What is a concept?

Think of a concept as telling a story. This could be any story that you’d like your audience to take away from the website. For example this could be a unique selling point, why your product is so incredible, or why you’re the best at what you do. This story can be told through photography, graphics, typography or even the whole structure of a website.

What makes a good concept?

The concepts that make the biggest impact are often “disrupters”. These will stop and make you think. They don’t spoon feed you the message and they aren’t simply added as visual eye candy. These concepts draw you in using techniques such as reminding you about something, showing something that you wouldn’t expect, saying something unusual or making you laugh.

For some examples, I’ll use work carried out by Liquid Light. Being involved in the projects allows us to give real world insight.

After meeting with key stakeholders to gather information, we suggested a variety of concept directions.

Each of these were very focused and distinguished, pulling away from each other at tangents. The more focused the concept, the clearer it will be to understand.

For example we could have presented Barbican as being bold and ambitious or they could be more friendly and approachable. Other examples were based around the talented underwriters at Barbican, being solid and trustworthy and having a clear vision and direction.

One idea was based around how the market that Barbican operate in is complex and it’s the policy details that distinguish them from the competition. This idea progressed into finding beauty in the details and eventually became “Bringing Clarity to Complexity”.

To convey this message, we’ve selected images of complex, often repeating structures, cropped in interesting and visually appealing ways. This is balanced by the clarity of clear and simple typography, often on solid backgrounds.

ITIC offers Indemnity insurance, which protects businesses when they are found to be at fault.

Asked to help position ITIC online we produced a series of mood boards: One idea was based around time. This included imagery of things that would eventually change. For example a tree at the edge of a crumbling cliff, or a ready to erupt volcano. None of these are literal things that ITIC would actually insure. This forces the visitor to stop and make the connection between the image and what will inevitably go wrong in their occupations.

Other options were based around ITIC being a support network and their expertise. All different from each other and something for their clients to take away.

The core principle behind indemnity insurance is that even the most meticulous of companies are run by humans and eventually, “everyone makes mistakes”. Using this as a base we chose a series of playful (sometimes humorous) images of every day miss-adventure, helping ITIC pull away form their more generic image-world of planes, trains and automobiles.

If the concept is integral to a company’s ethos or values and is unlikely to change often, it may be possible to thread it through the entire website:

This is where the lines between concept, branding, visual style and campaigns become blurred. However, the point to take away is that a concept shouldn’t be limited to a home page banner.

Go the extra mile: Stand out from the crowd

A design concept can be used to convey a message and tell a story. In a world of cheap but visually attractive templates web designers and business owners need to rise above the crowd.

Identifying a key message, or a story that we want to tell could be the difference between a forgettable website and one that is compelling, engaging and memorable.

This article was posted in Design by Matt Keogh

No comments have yet been posted, be the first to comment by using the form below:

You are currently offline. Some pages or content may fail to load.